It’s not all sunshine and roses over on the Democrats side of the aisle.  The new Congressional map has generated a little too much interest from Democrats, who all seemed to be lined up at the starting line when the PA Supreme Court shot the starting gun to signal the start of the race.  As previously reported on this blog, the number of Democrats running for SEPA congressional seats far outnumbers Republicans.

As was also previously reported, a small feud had been brewing between PA State Rep Madeleine Dean and PA State Rep Mary Jo Daley.  The endorsement vote at the MCDC endorsement convention was pretty much split between these two candidates, but because the Democrats require a super majority in order to endorse, else they let voters decide in the primary.  Even the Montgomery County Democratic Women’s Leadership Initiative took a hands off approach, opting instead to wish all of the women candidates good luck (Nothing personal, Joe Hoeffel):

The Montgomery County Democratic Women’s Leadership Initiative does not endorse in primary elections.

However, given Pennsylvania’s lack of female representation in our congressional delegation, we would like to express our support for the three women candidates running in the new 4th congressional district that covers the majority of Montgomery County.

Such was the case for the PA 4 race, which resulted in apoplexy from the Inquirer’s Maria Panaritis when a familiar male face from the past with great name recognition threw his hat into the ring, dashing the hopes of pussyhat wearers everywhere for breaking the “testicular stranglehold.”

The Scrap wondered then why one of these women didn’t fall on her sword for the the larger cause of breaking the testicular stranglehold.  Either Dean or Daley could have withdrawn, creating a clear battle of the sexes in the primary and taking the seat home in a walk in what is Democrat convention wisdom says is yet another “year of the woman.”

Instead, these two Democrat women, who are by all accounts friends and allies, have begun a pre-primary fight, with Madeleine Dean challenging Mary Jo Daley’s nominating petions to get her thrown off the ballot.  WHYY:

There aren’t many ballot challenges to the 35 candidates who filed for the six Pennsylvania congressional seats in the Philadelphia area, but one involves two friends.

Dean, of Abington, and Daley, of Narberth, are both two-term legislators and allies in Harrisburg.

Dean’s challenge says 1,199 of Daley’s 2,019 nominating signatures are invalid for a variety of reasons.

Dean campaign manager Megan Caska told me Daley submitted a couple of pages of petitions nominating the wrong candidate. One was for Dean, the other for former Congressman Joe Hoeffel, who’s also in the race.

And she said there were other problems.

“There are many signatures and pages that appear to be signed by the same hand,” Caska said.

Submitting a petition for the wrong candidate is certainly grounds for discounting those signatures, but handriting inconsistencies?  This seems petty, and worse, both difficult and expensive to prove.  While petition challenges are pretty common, I don’t know if I’ve ever seen one won on handwriting.  Since Mary Jo Daley was the very first candidate to declare her intention to run for PA 4 (she announced barely 24 hours after the Supreme Court released the new map) so one could assume that she had been contemplating this run for some time.  Regardless if Dean’s petition challenge is successful or not, one has to wonder if a move of this nature will cause a rift in their long-standing relationship when they both return to he PA State House next year.

Now let’s take a swing down into Delco, where there are fourteen Democrats vying for the newly created PA5.  PA5 includes most of Delco and some of Philadelphia.  The Delco Dems are not holding their endorsement meeting until tomorrow, but unlike in Montco, Delco Dems are unafraid to jump out in front of an endorsement meeting and plant a flag for their preferred candidate.  Daily Times News:

The county party is meeting to endorse a candidate on Sunday.

Whoever emerges from that contest will face the winner on the GOP side — either Pearl Kim, a former senior deputy attorney general of Pennsylvania and a past assistant district attorney for Delaware County from Radnor, or former corporate commodity executive Paul Addis of Haverford.

On Thursday, Lazer said he was humbled by the support. 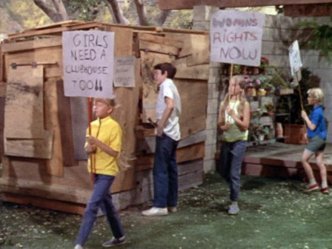 Interestingly, seven of the fourteen candidates for PA5 are women, but it doesn’t seem like the Delco Dems are that invested in putting a woman candidate up; in fact, the folks down in Delco seem to be drawing their battle lines between Philly and Delaware County candidates and appear to be uninterested in lady parts.

It would seem that these candidates are women of substance, yet a reporter from the Philadelphia Inquirer was pinning all her hopes on Montco’s PA4 for SEPA’s female in congress.

What’s the matter with the women in PA5?

One thought on “Divisible”